Say NO to Declaw! 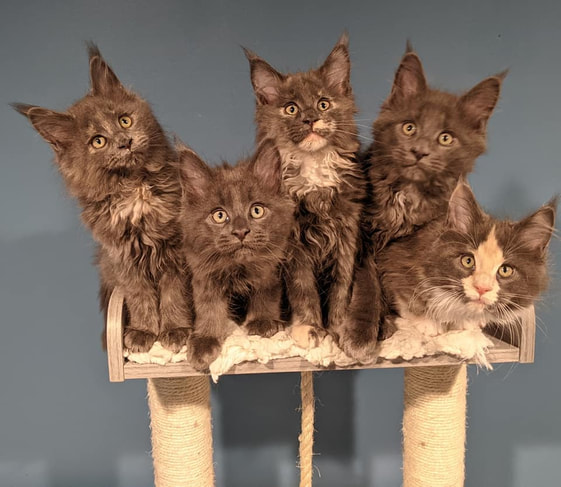 Imagine settling down with a bowl of popcorn, a glass of wine, and hearing RIIIIIIIIIIIIPPPPPPP as your beloved furry friend claws at the back of your couch. I've been there... and with 4 giant Maine Coons with giant claws, this could be the end of our furniture. Because I signed a no-declaw contract with their breeders, I can not declaw them and would not declaw them if I had the choice. My husband and I had to get creative in order to save our kitties claws (and our sanity, our furniture and carpet)!
Top reasons NOT to declaw:
1. Declawing is not a simple nail trimming
Declawing is not a simple surgical procedure. If you were to compare it to humans, it would mean the amputation of the tips of our fingers. Can you imagine how painful and frustrating that would be to not have the top part of all of your finders (and toes if you chose a full declaw)?


2. Declawing is painful
Imagine 10 amputations (if only the front claws are removed). Initially pain meds will help the pain, but weeks after surgery cats can still feel phantom pain which can lead to litter box and behavioral problems.

4. Declawing takes away a cats self defense
Most people claim that their cat doesn't need claws because it is an indoor only cat. Unfortunately cats can escape no matter how hard we try to prevent it. They can quickly run out the door when we're not looking, rip through a screen, or get out of a fenced area. Now imagine your terrified, lonely cat trying to defend itself against an animal. Cats who find themselves outdoors without claws are virtually defenseless.

5. Declawing can lead to litter box problems
If you put yourself in your cat's shoes, imagine trying to dig in a litter box after being declawed. Even when the wounds are healed, digging through a litter box with tiny clay particles sounds excruciating. If your kitty has pain whil digging in the litter box, they are going to associate pain with the litter box and avoid using it. They may choose a more comfortable place to potty, such as a corner or basket of laundry.

6. Declawing can lead to biting
Normally a cat will give a warning meow or growl before they bite. But if they don't have their claws they oftentimes will start biting.

7. Cats need their claws and toes to exercise
Watch a cat stretch, whether horizontally on a carpet or vertically with a tall scratching post. It will grab the carpet or sisal with its claws, using the resistance to pull and stretch its muscles. Cats' claws actually play a large and positive role in their muscle tone and agility.

***Did you know that declawing has been illegal in England for several years. Australia, New Zealand, Germany, Wales, Finland, and Brazil are among the many countries that consider declawing illegal or inhumane and only allow it under extreme circumstances. Just recently New York has made declawing illegal and is viewed as animal cruelty.*** 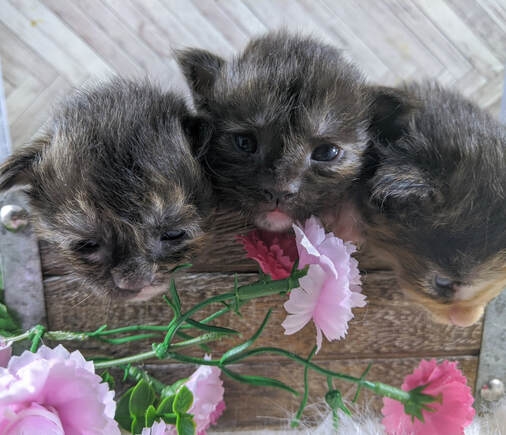 5 Alternatives to Declawing
If you've browsed our site you'll notice that we have 7 cats; 4 Maine Coons and 3 rescue kitties. Sheed and Lily were front declawed as kittens (back in the day when declawing was popular and I had no idea there were alternatives to declawing) and Crixus was already front declawed when we adopted him. Our four Maine Coons have all of their claws. Given their large body size, this also means bigger paws and much bigger claws!

1. Provide Scratching Posts Early On
Cats that have a scratching post, perch, or ramp oftentimes will know that these are their scratching areas and will learn to use them with a little trial and error. If you don't provide a designated item for scratching, they will find one and it won't be pretty. They have extremely sharp claws that can slice through your nice couch, carpet, or curtains.  It is instinctual for them to want to sharpen their claws as scratching helps cats visually mark their territory. When a cat scratches a tree in the wilderness, it becomes obvious to other cats that another cat has been there.

2. Trim your cats nails regularly
Scratching posts will deter your kitty from shredding your furniture and carpet, but repetitive scratching actually sharpens their nails. Most vets are willing to help trim your kitties nails if you're uncomfortable doing it yourself.

3. Apply Claw Caps
We have never used claw caps here so I can't offer my personal opinion. My veterinarian mentioned that the downside to claw caps is the difficulty in applying them. Once the nail caps are applied, they typically stay on for 4–6 weeks.

4. Use Deterrent Sprays
Cat’s have an excellent sense of smell that is crucial for their survival and hunting. They have an organ known as the Jacobson’s organ (vomeronasal organ) which is a very strong receptor primarily of pheromones used as communications between animals. If you find your cat is scratching in a particular spot and want to break the habit, try putting peeled lemons, limes or orange’s skin in the desired area you don’t want your kitten to come. 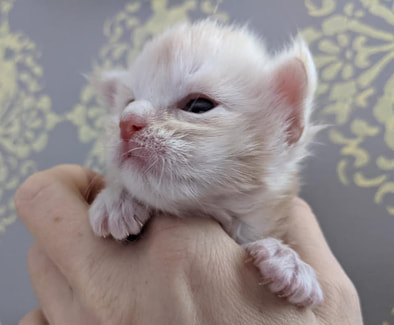 5. Use Cat Nip to Direct Scratching
Not all cats like catnip, in fact nearly 30% of cats have no reaction to it. A cat liking catnip is an inherited trait in response is due to an autosomal gene. Cats that love this herb will roll in it, lick it, eat it, go crazy and act like their stoned for a couple of minutes. The thing cats go wild about in catnip is a substance called nepetalactone, which causes a chemical reaction in the feline brain.
We have trained our kitties to use their scratching posts by rubbing cat nip on them, and I have physically shown them (using my own finger nails) how to scratch the posts. It sounds silly but after a few minutes of watching me, they all went to the post and scratched it!
States that Ban Declawing
A recent article by NPR shares the wonderful news that the state of New York bans declawing! As of July 2019 "Effective immediately, the new law prohibits the amputation procedure unless done in an effort to treat a medical condition that's affecting the cat. Cases that warrant the procedure might include injury, tumor or an untreatable infection. Otherwise, veterinarians will face up to $1,000 in fines if they perform the operation for any other reason".
I wonder if more states will follow in New York's footsteps and ban declawing?! 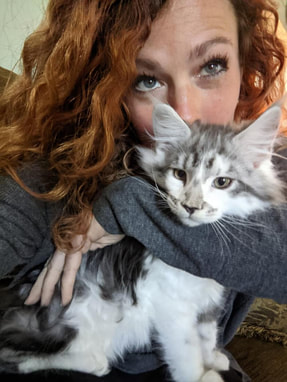 Michigan Introduces Bill to Ban Declawing
Way to go Michigan! We could be the second state, following New York, to ban declawing unless it is for medical purposes.
I was born and raised around cats, and when I was a kid it was normal to have all 4 cat paws declawed. Now that I am older and wiser and know the risks and pain associated with the declaw procedure, I can see why it should be illegal.
Our Maine Coon cats have all of their claws. It is a misconception that they will destroy your house if they have claws. We have several scratch posts available for them and a spray bottle filled with water to discourage them from inappropriately scratching. It took a few days for them to figure out where to scratch, but (knock on wood) we have not had anything destroyed from their scratching. Their are alternative, successful, pain free options instead of choosing to declaw!