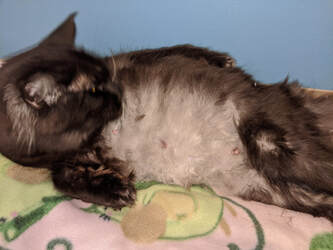 What a crazy last few days its been! Leading up to the big day, I did all the research I could possibly do preparing myself for Voodoo to give birth. A cat's gestation period is about 9 weeks, so we knew that Voodoo would be due right around Valentine's Day 2020. Let me tell you all the videos I watched and the things I learned were nothing compared to watching the actual birth and delivery! It was a challenge trying to find videos on what to expect when your cat goes into labor, so I hope these pictures and videos are informational and helpful!
***THESE ARE GRAPHIC VIDEOS/PICTURES!***

On Tuesday I noticed that Voodoo was pacing a lot, her nipples were very swollen and leaking small amounts of milk, she wasn't eating as much as she had been the week before, and she was FINALLY going into her nesting box instead of laying on the giant pillow I sewed for her. For her nest box we used a large plastic tote and my husband helped cut down one of the sides so she could safely get in and out of it. On the bottom of the tote is a heating pad, I like this one from Amazon, and on top of the heating pad is a fleece blanket and puppy pads. Honestly I thought Tuesday night would be the big night! I kept waking up and checking on her, but nothing happened. Several online resource mentioned to take her temperature the week leading up to the expected birth, but there was NO way Voodoo was going to willingly let me take her temperature, so I was relying on her other bodily clues to indicate when she was ready.
Wednesday morning and afternoon were similar to Tuesday. Around 5:30pm on Wednesday night I was getting ready to head up to my son's wrestling tournament. I had my coat on, ready to head out the door and decided to check on Voodoo one more time, thank GOD I did. She was pacing, acting like she was trying to push, and pooped on the middle of the floor. Shortly after that her mucus plug came out (which reminded me of meat baby food) and I knew kittens were coming soon! 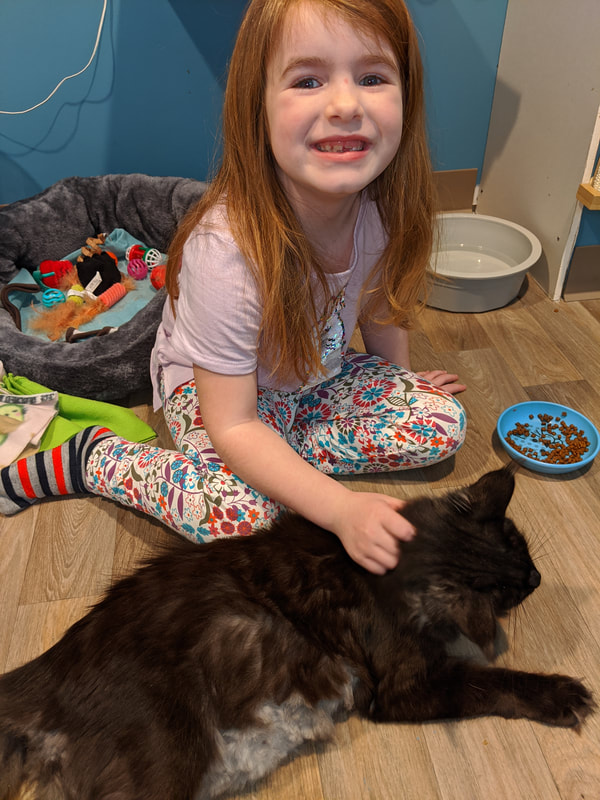 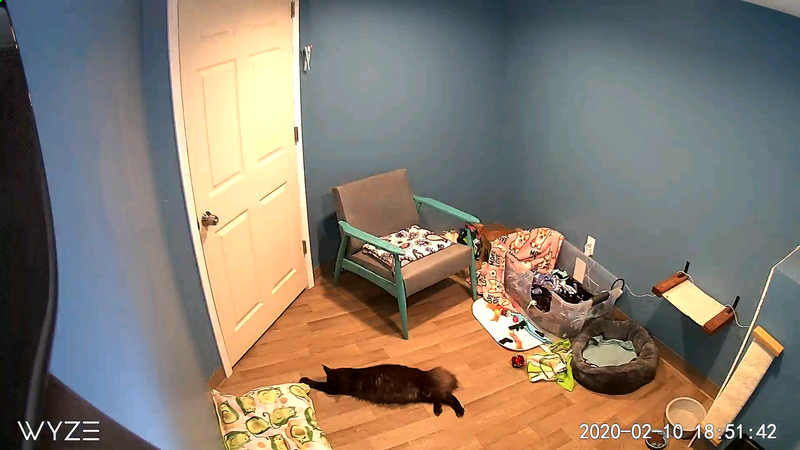 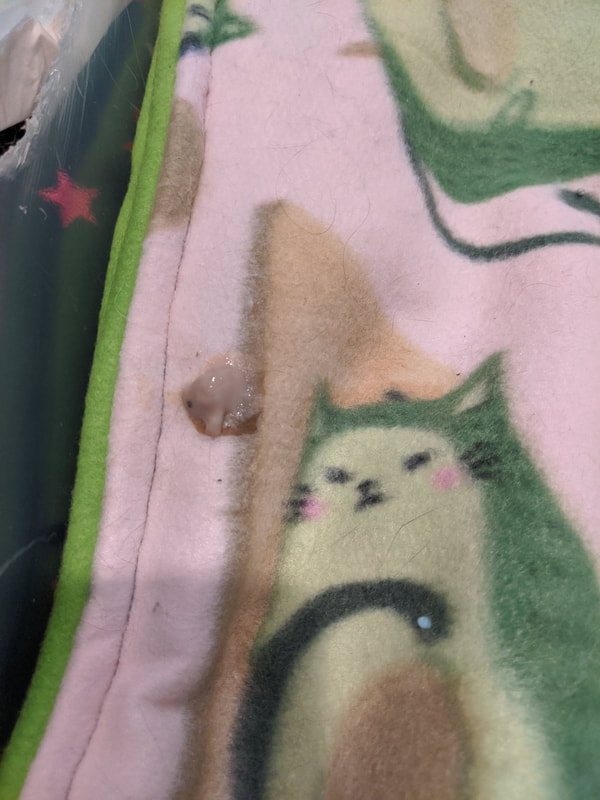 Minutes after the mucus plug came out, contractions started. It was close to 6pm, and I gently lifted her tail up and COULD NOT BELIEVE WHAT I SAW!!!!!! There was a kitten tail hanging out of her vagina, wiggling around. I kept glancing at the time, knowing it is not safe for a kitten to be stuck in the birth canal for a long period of time. Five minutes past, 10 minutes past, 15 minutes past and I knew that baby needed to come out. I quickly put on some gloves, grabbed my emergency box, and gently rubbed lubricant between my fingers and pulled as gently as I could on that tail. With each contraction I guided that sweet little kitten out, and FINALLY we had the first baby! I tear up thinking about that moment and will treasure it for a lifetime. I cried tears of joy that it was alive despite being stuck, and Voodoo did an amazing job licking her and cleaning her off. I envisioned getting the entire birth on camera, but when that kitten was not coming out, I threw my camera down and knew it was more important to focus on Voodoo and the kitten than worrying about getting it on camera.
The second baby came out just minutes after the first. Then the third. The fourth one came out in giant gush of fluid and I needed to suction its mouth out with a bulb syringe (I am SO grateful I had an emergency kit ready just in case)! The fifth baby came out and shortly after the sixth. At that time I was texting my son letting him know the kittens were all here, safe and sound, but I would not be at the wrestling tournament. Luckily he didn't have a match, and he couldn't wait to meet the kittens!
I gently rubbed Voodoo's belly and was shocked, I knew I could feel another kitten inside her. Lucky number 7 came out about 10 minutes after the sixth kitten, poor Voodoo was completely exhausted. I was cleaning up all of my supplies, getting Voodoo some canned food, when she frantically jumped out of her nest box and struggled to push out the EIGHT kitten! I could not believe it. This little kitten was not moving or breathing. My heart sank. The hardest part about breeding any animal is the unknown, and I tried to prepare myself mentally in case any of the kittens were stillborn. I grabbed that little lifeless body, suctioned its mouth out and rubbed it vigorously with a warm washcloth. After about 30 seconds it cried the sweetest cry! It was alive!